With summer in full swing, Brits are on the lookout for the best ways to beat the heat. It can be difficult to find an inexpensive and environmentally-friendly way to help keep your home cool during the hot summer months, but did you know that certain houseplants are actually experts at just that? 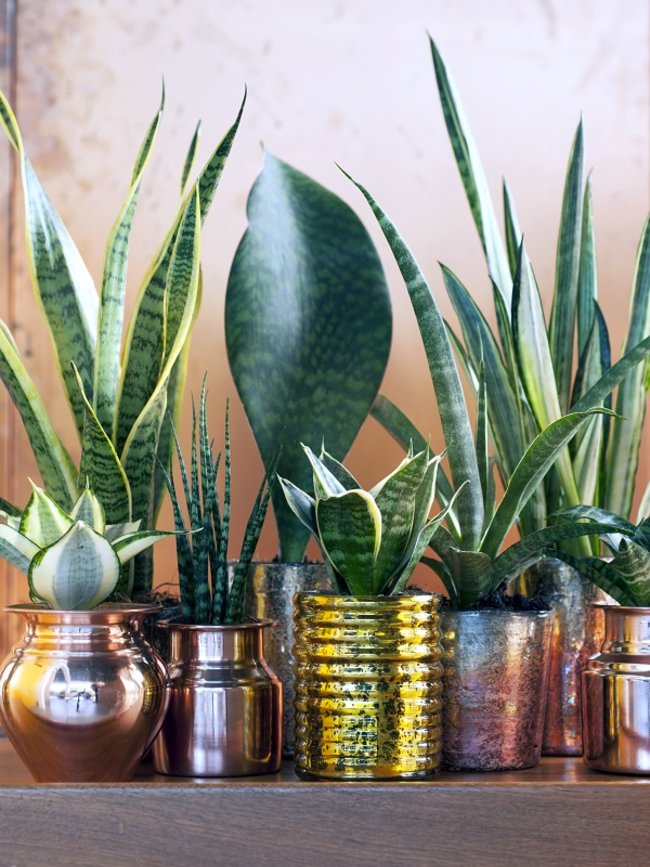 According to NASA's Earth Science Study, plants can alter the temperature of the Earth’s atmosphere through the process of photosynthesis, and forest canopies produce large amounts of transpiration that increases water vapor in the atmosphere, causing more precipitation and often reinforces the cooling by blocking sunlight. Transpiration happens when the atmosphere heats up, plants will often release excess water into the air from their leaves. By releasing evaporated water, plants cool themselves and the surrounding environment. It’s a plants way of sweating and keeping cool.

Here is a list of the top houseplants to junglefy your home for a cooler environment indoors.

One of the few trees that grows well indoors, this leafy tree (which can also be known as a weeping fig) helps to keep the air inside moist and cool providing some much-needed relief from the heat for those spending time indoors. Opt for a tall trunk with a bushy top that could serve as a little forest canopy for other plants below or around it. By grouping plants together, they create their own little atmospheric ecosystem improving its surrounding humidity. Be sure to water regularly during the summer months and position your ficus in medium light so that it can soak up the sun even when you’re not!

Top tip: Ficus drinks more in a light spot than a shady one, so be sure to keep it watered! 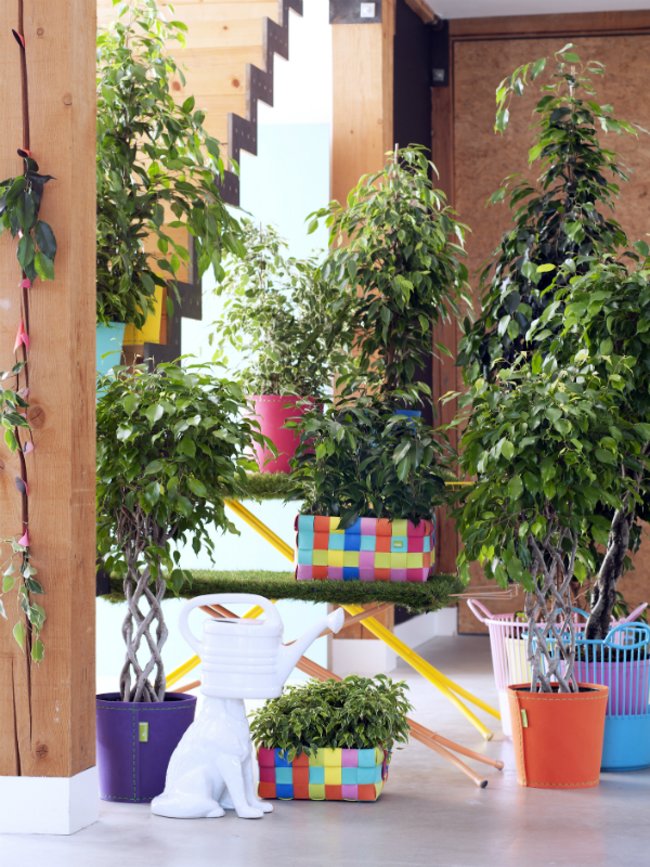 Improving the humidity in a room will have a cooling effect and this houseplant is very effective in replenishing the moisture in the air. The more foliage a plant has, and the bigger the leaves are, the more moisture it will release back into the air. Since they're often varieties that thrive in humid environments, they will take in water through their roots, and then release moisture through the pores located on the underside of their leaves or fronds.

Top tip: Give it small sips of water so that the soil remains evenly damp, and place it in a light spot, but not in bright direct sunlight. 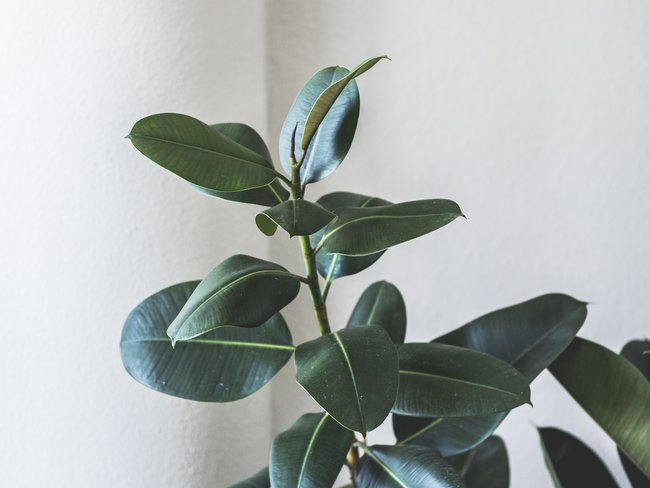 This is another plant well-known for its abilities to purify toxins in the air, and as such, it also has a high transpiration rate that will help humidify the air around it.

Top Tip: Available in many attractive varieties, some have pretty variegated foliage, but the best part is its low maintenance qualities -little waters and low light, so a perfect choice to fill a sparse area with luscious greens. 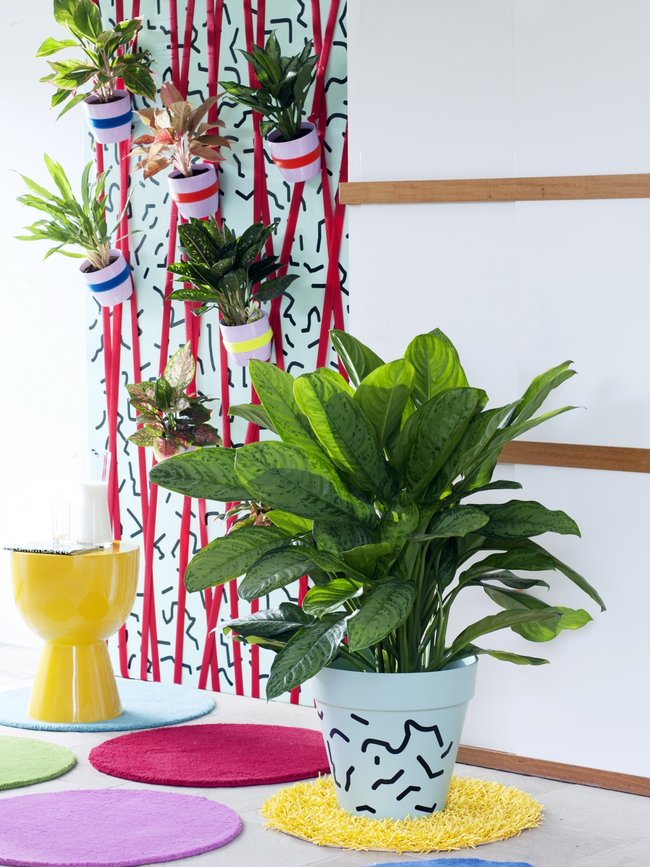 The green leaves of palms like Areca palms, Fern palms, Livistona, Fishtail palm and Lady palm features small stomas which take in CO2 and release oxygen. The larger the leaf surface, the more oxygen it can produce. An arrangement of palms are not only lovely to look at but also creates a sort of mini indoor rainforest, so the perfect way to give your home a tropical feel during the summer months.

Top Tip: A weekly misting on the plants will keep them healthy and improve humidity. 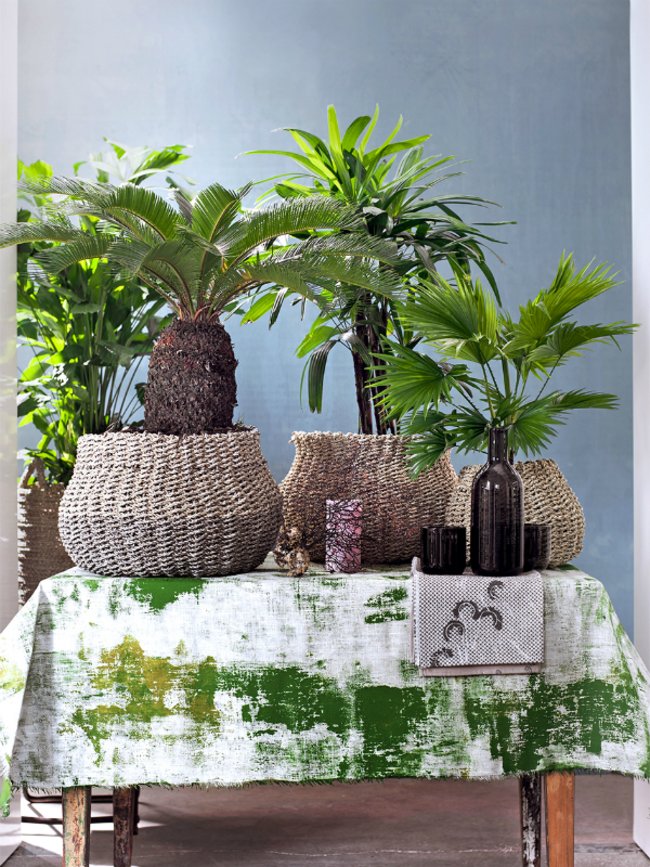 Just like aloe vera, the mother-in-law’s tongue’s leaves have a high water content, so when it transpires, it releases cool evaporated moisture into the air. It also gives off oxygen, keeping you cool during those hot summer nights. This striking succulent is also known for removing toxins from the air, such as benzene and formaldehyde.

Top tip:  Mother-in-law’s tongue is a can handle a sunny spot, so an ideal plant to have staged in your window to help block out excessive sun from a room and having a cooling effect on the room and creating some shade for other plants. 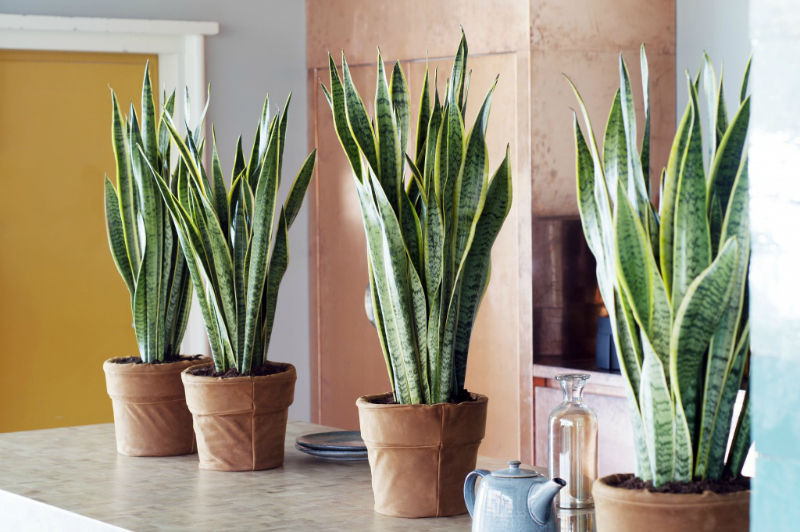