Purple flowers of living velvet on your patio

You can recreate the sun-soaked atmosphere of a southern summer evening in your own garden or on your patio with the deep purple Tibouchina. 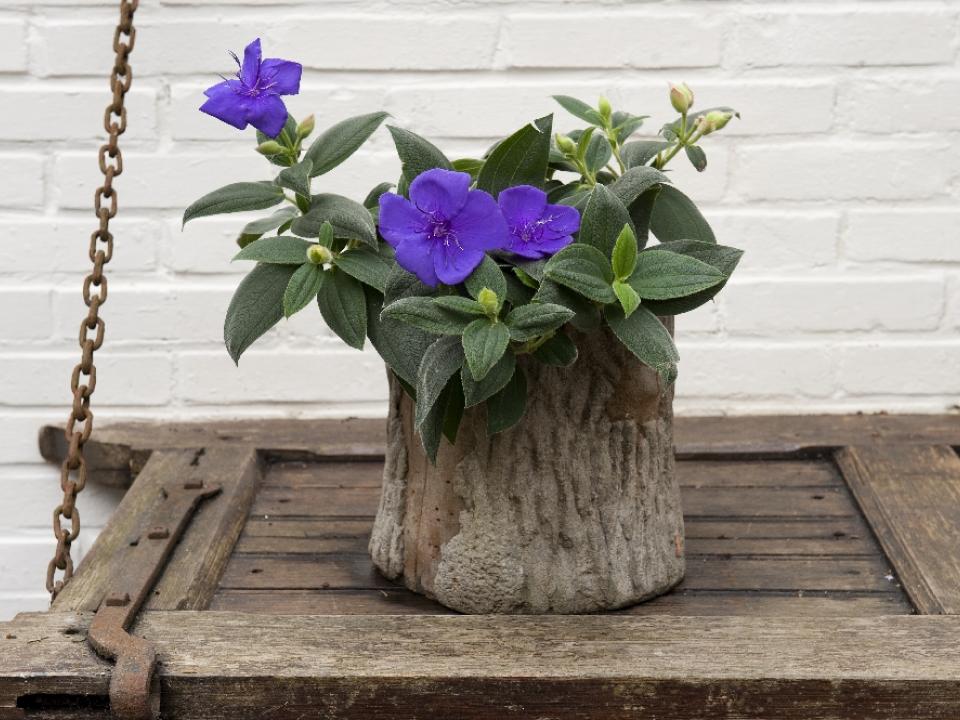 Tibouchina is a member of the Melastomataceae family and originates from South America, where the plant especially occurs in Brazil. There are some 350 species, which particularly grow in the tropical rainforests - the plant likes it warm and damp. The best spot in the garden is where the humidity is highest, for example near a pond or water feature. If those aren’t available, you can also place the plant on an island (e.g. an upturned flowerpot) in an attractive bowl of water which can evaporate around it.