Did you know that the Sarracenia is carnivorous and lures insects into its plant cave? To do this, it uses highly attractive and scented drops of nectar in its pitcher. Once trapped, there’s no way out for the innocent insect. The walls are smooth, forcing the critter to remain at the bottom where it’s gradually digested by acidic enzymes. 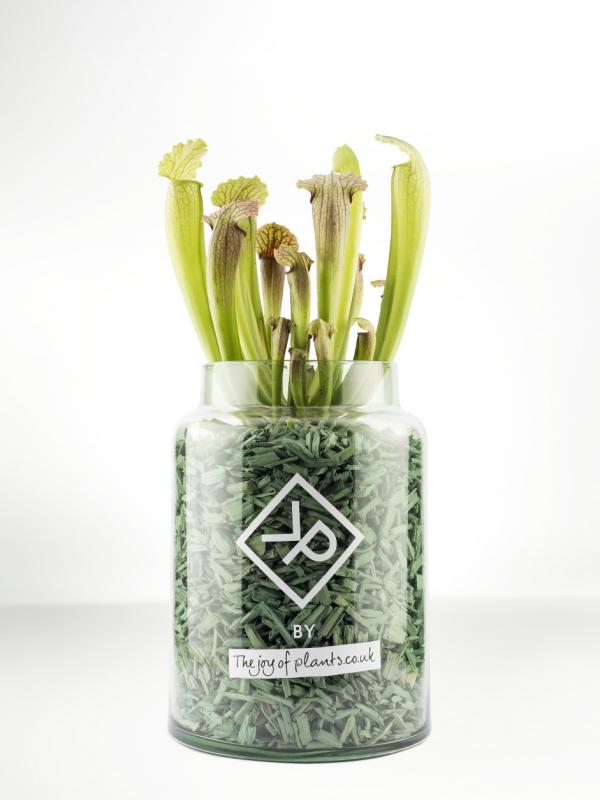 Sarracenia catches the insects in a pitcher trap, hence the nickname ‘pitcher plant’. The hood is large and brightly coloured, fooling the insect into thinking it’s a flower. This disco cover contains so many nectar glands that it gleams.

During spring, you can enjoy fabulous flowers and the new pitchers are produced in the summer. There are eight different Sarracenia species, and they come in various colours. Alongside Sarracenia, common carnivores include Dionaea, Drosera and Nepenthes. There are many more carnivorous plants - some 630 species in total!

No symbolism exists for the Sarracenia but the carnivore is known as the ideal ‘keeping the children occupied’ plant. Kids find it fascinating that this plant gobbles up insects whole - and rightly so.

Sarracenia is actually a swamp plant which originates from south-east North America. In the summer this insect eater also does extremely well on the edge of a pond. Sarracenia can now be found all over the world, but it’s becoming increasingly rare in the wild. 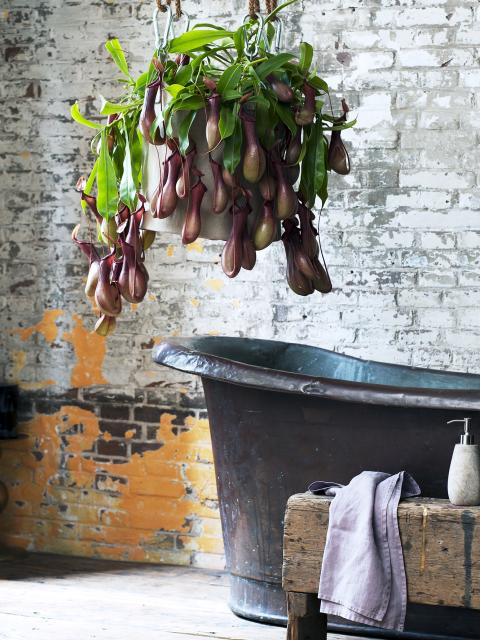