A St Tropez atmosphere blooming on your patio

Clouds of flowers in brilliant colours, and also able to cope with the new hot summers that are being predicted - Bougainvillea brings the Riviera to your home. 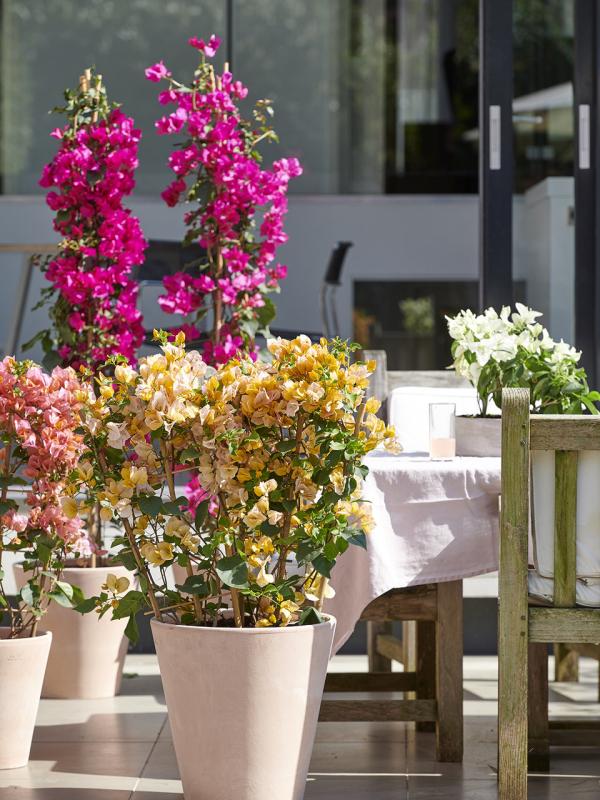 Portofino, Cap Ferrat, St Tropez – when you think of the Mediterranean you immediately picture Bougainvillea. It flowers abundantly there, and climbs to a height of 12 metres. With the nursery-grown variety you choose the size. It’s a herbaceous ornamental shrub with long tendrils that grow with beautiful nonchalance and bloom with clouds of flowers in purple, violet, red and pink. There are also white, yellow and orange varieties, but these are more rare. It’s a real container plant that likes to scramble up a wall or pergola, although it can also successfully hang and twist in a basket. Bougainvillea flowers from late spring until September.

Bougainvillea is a member of the Nyctaginaceae (four o’clock) family, and grows in the tropics and subtropics of South America, particularly Brazil. It was introduced to Europe at the start of the 19th century, where can particularly be found in countries around the Mediterranean. 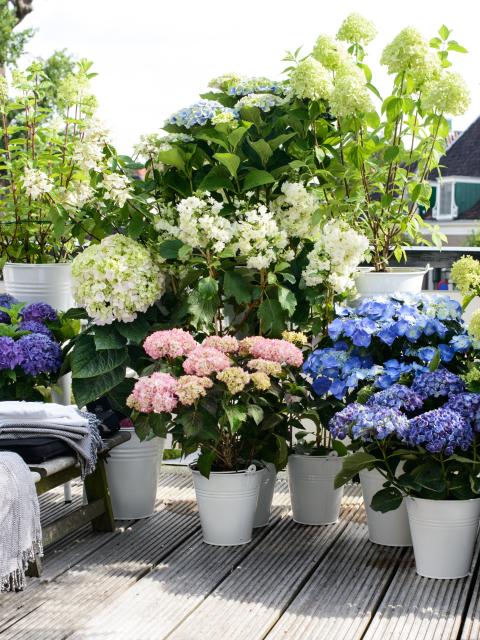