This fantastic climber of buildings and conqueror of pergolas delivers an abundance of floral extravagance year after year. 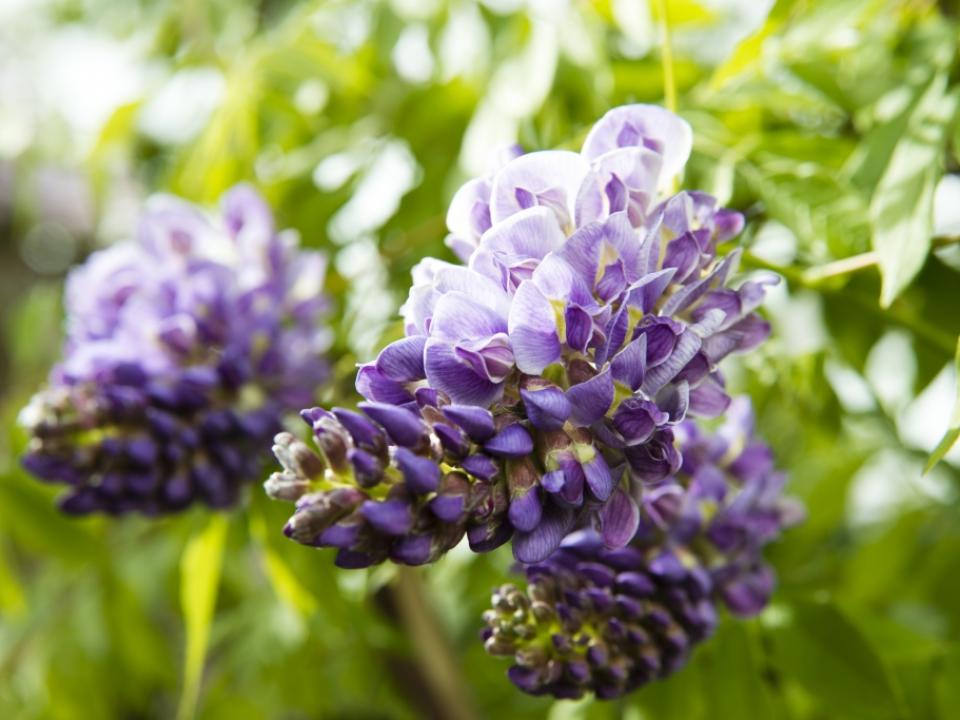 Wisteria is one of the fastest-growing climbing plants with exotic looks, and can cover a fence or pergola within a couple of years. The tendrils can climb to a height of 10 m and spread across a width of 10 m. All the cultivars produce long vines full of lilac and blue, white or pink butterfly-shaped flowers. These floral streamers can hang down to a length of 50 cm. The dark green leaves often only appear when the plant is already flowering. Wisteria is not good at securing itself to a wall or fence, and therefore needs to be trained along sturdy materials, since it’s quite a bruiser that will just grow straight through the middle of thin slats. The plant can continue to look beautiful and carry on flowering for 50 years.

Wisteria is a member of the legume family, and grows in the United States, Japan, Korea and China. What’s remarkable is that the two best-known species each grow in the opposite direction. Wisteria sinensis, which originates from China, twists to the left. Wisteria floribunda, which means ‘richly flowering’, turns to the right. This species originates from Japan. The Chinese wisteria flowers as early as May when the leaves have still hardly developed, and is a ‘bare-flowering’ plant. The Japanese species flowers a bit later in the season. In both cases, the plant takes a little while to get going once it’s in its place and will flower more every year.