A cheerful and decorative autumn flower

A couple of pots of garden chrysanthemums, each boasting a sea of flowers, is the perfect way to give your terrace, garden or balcony a colourful boost. 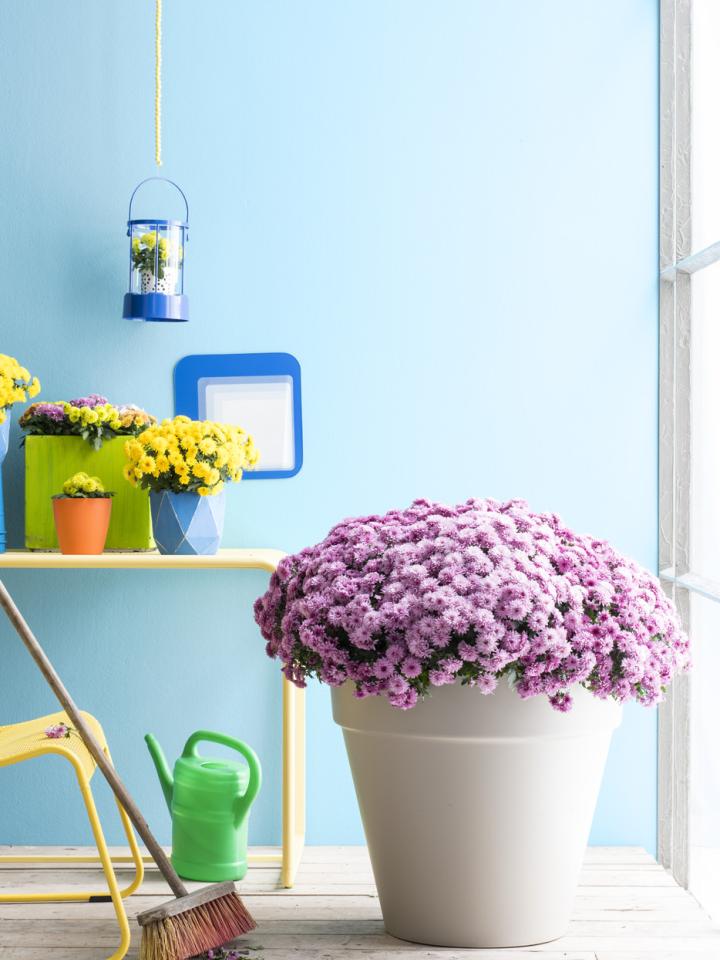 Hardy chrysanthemums produce a dizzying number of small flowers. The plant works well in an autumn garden, as its flowering is not affected by lower temperatures. Garden chrysanthemums are available in colours that perfectly compliment the season: purple, lilac, cognac, yellow, ochre, white, old rose and dark red.

A dome-shaped shrub, this plant has plenty of visual appeal even while still in bud. When it begins to flower, it becomes covered with single or double flowers. Sometimes, you can find garden chrysanthemums in standard or pyramid shapes, and there are even rare hanging versions. The plant is available in various sizes, from mini to mega — what they all have in common is their ability to provide beautiful flowers on your patio throughout the autumn months.

The chrysanthemum has been known for a very long time, and is mentioned in writings dating from 1500 B.C. Since the 8th century, they have been regarded in China and Japan as holy flowers. The Japanese throne is called the Chrysanthemum Throne, and the plant is so popular in China that there's a whole city named after it: Chu-Hsien means 'chrysanthemum city'. In Europe, a pot of garden chrysanthemums makes a popular gift, as the flowers symbolise a long life.

Chrysanthemums were first grown in China as a medicinal herb, where they used an infusion of the roots to treat headaches. Young shoots and petals were eaten, and the leaves were also used to make tea. Unfortunately, the plants we see today in Europe are not suitable for human consumption.

The hardy garden variety are a fairly recent arrival, having been around for some 40 years. Their name chrysanthemum means ‘golden flower’, a combination of the Ancient Greek words 'chrysos' (gold) and 'anthemon' (flower).​ 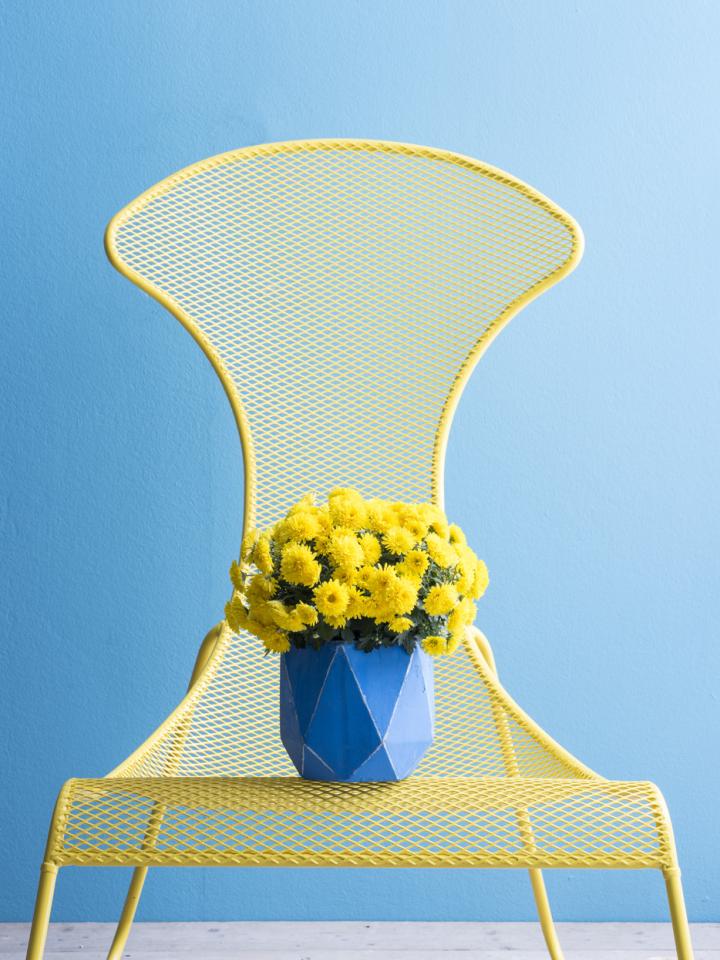 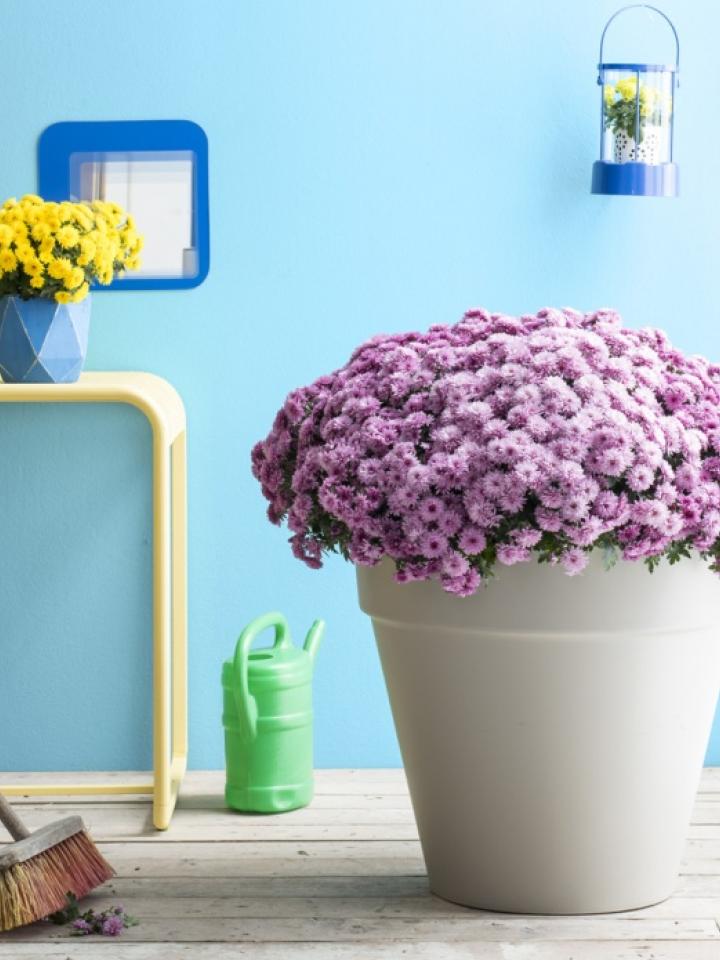 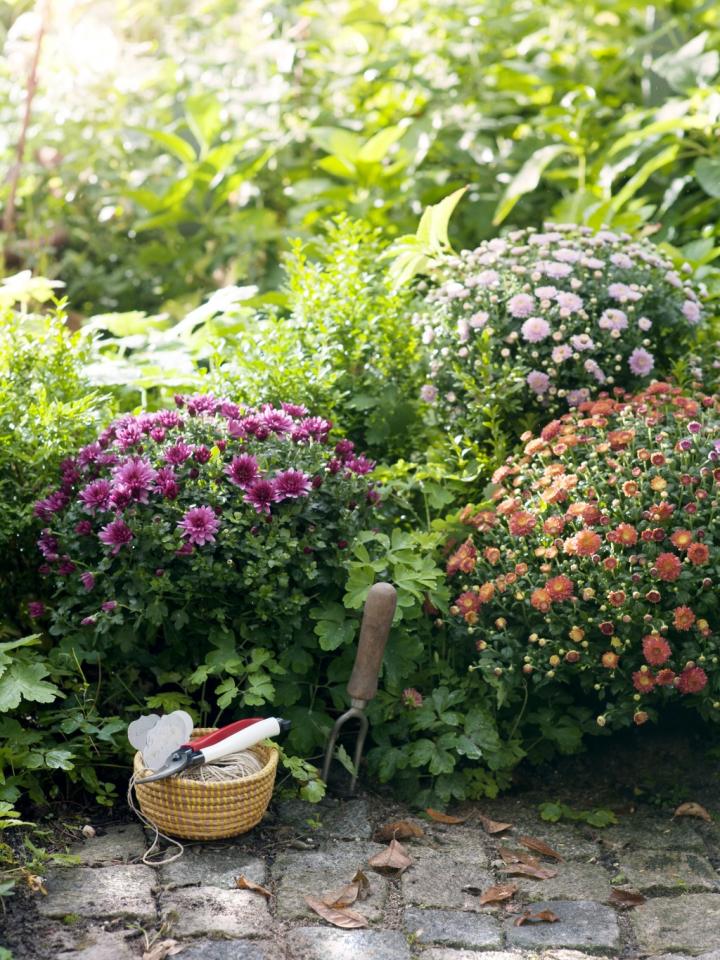 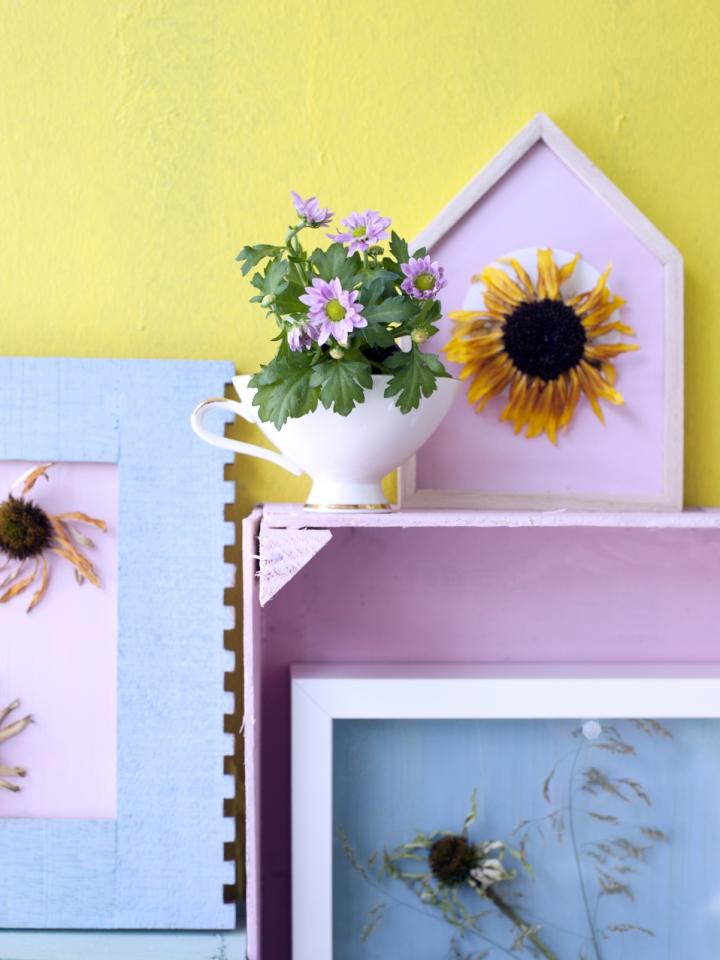 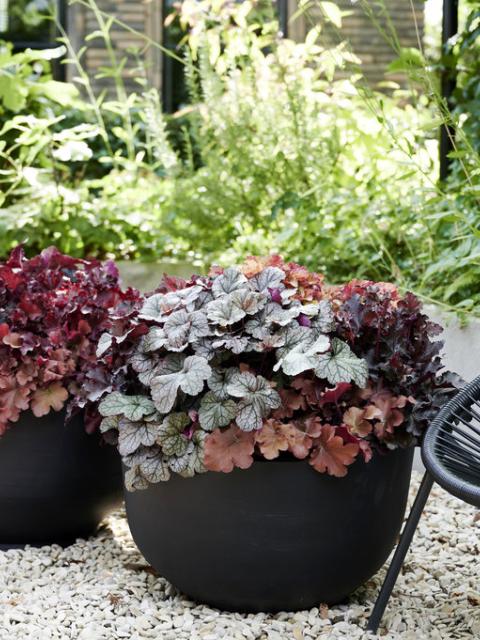 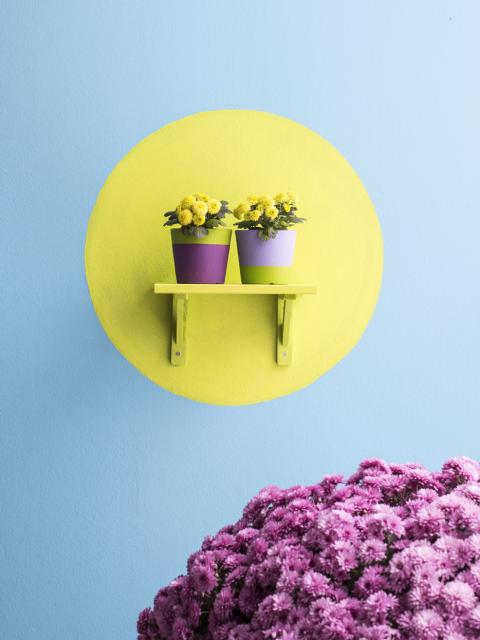 Cushion chrysanthemum is the Garden Plant for September