A rich addition to any interior

Do you think of grass as green sprigs in the garden? Think again! Grass is much more than that, and certainly not only suitable for outdoors. What about popular grass-like plants such as Acorus, Carex, Pampas grass and Juncus? The enormous variety of species makes them suitable for many different spaces and applications. 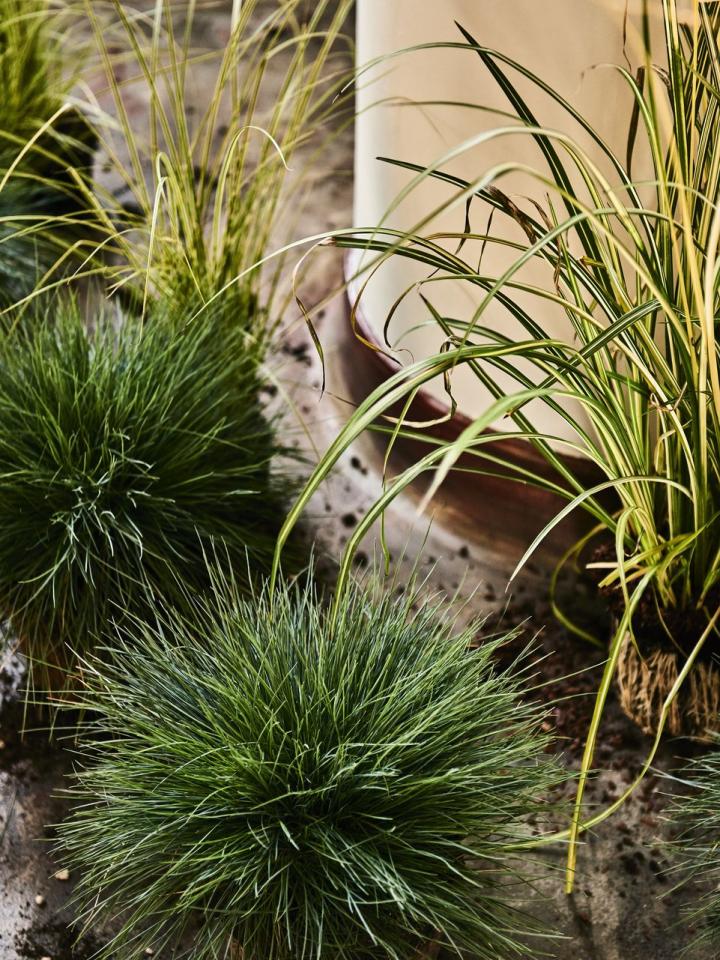 From high to low and from white to deep green: each type of grass grows in its own way and has its own look and character. What do they have in common? They are maintenance-friendly, durable and an enrichment for your interior (or garden)!

*Good to know: sometimes there's a catch. Many 'grasses', like the ones mentioned above, are officially not grass, but grass-like plants.

Grasses belong to the grass family (Poaceae). The use of ornamental grasses on a large scale came about relatively late. It was not until the 20th century that serious attention was paid to the ornamental value of various grasses. Karl Foerster, who was a nurseryman and garden designer, was at the centre of this attention and contributed much to the appreciation of grasses by the general public. Leading contemporary garden architects who make extensive use of ornamental grasses, such as Piet Oudolf, also contribute to this.

It's not only plants and flowers that have symbolic meaning - grasses also have symbolism. They stand for generosity, health and togetherness.