The tropics in your garden 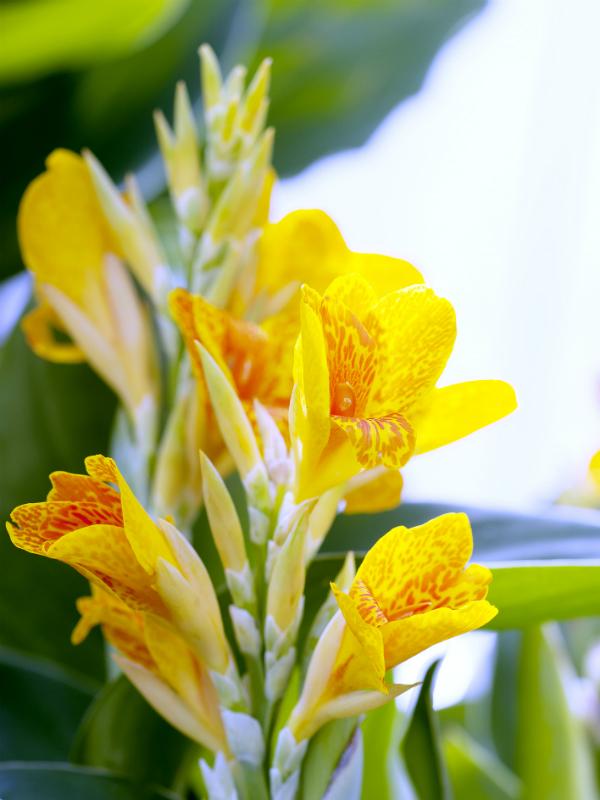 Canna (also known as Indian shot plant) is a beauty with exotic tendencies. Amongst large green leaves which are comparable to those of the banana plant, grow pointed buds which resemble lilies when they open. The colours are a fiesta in their own right, in red, orange and yellow. There are also varieties with pastel-coloured flowers and others that are worth having simply for the gorgeous patterns on their petals. Canna flowers from June until the first night frost.

Canna comes from Latin America and the Caribbean, and is a popular bedding plant in both tropical and subtropical regions. In southern Europe it’s often used to brighten up boulevards and parks. Canna is a tuberous plant that stores moisture in its rhizomes and is therefore pretty good at coping with warm weather. There are small, compact varieties, but there are also Cannas that can reach a height of 3m. 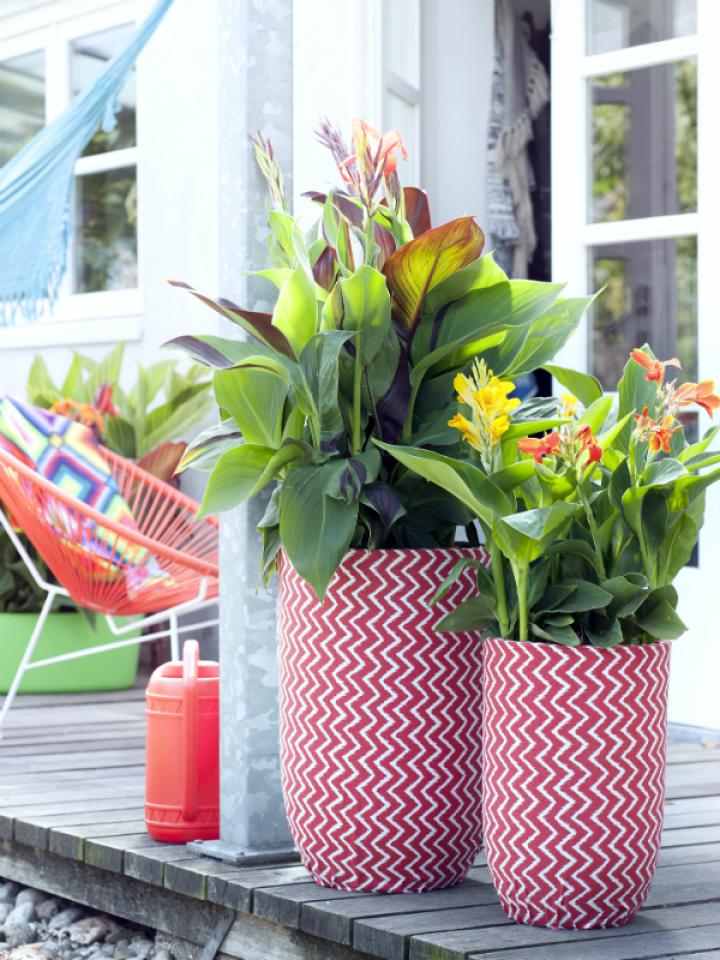 Caring for the Canna