Purple rain in your garden

Purple, fan-shaped flowers, yellow hearts and the relaxed air of a true Aussie: this garden bloomer doesn’t get uptight. 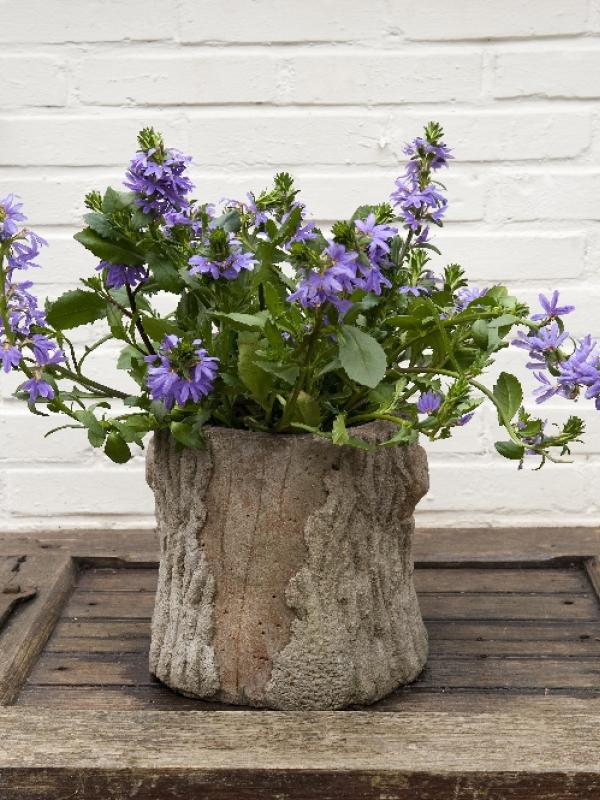 A bit wild, with corkscrew tendrils and fan-shaped flowers that bloom like mad. We’re talking about Scaevola. The flowers can be blue, white, lilac or pink, but they're most commonly sold in blue. Scaevola is on sale between April and June. It’s an excellent container plant, and very suitable for hanging baskets. The flowers grow and bloom deep over the edge until well into the autumn.

Scaevola originates from the coastal regions of south-west Australia, and is a member of the Goodeniaceae family. It’s one of the few flowering plants that also does well in a salty environment. The plant spread via islands in the Pacific, particularly Hawaii, to the tropical regions of America, the Caribbean and Africa. The version that you find in the plant shop or garden centre has been specially produced for cooler northern summers.