Stylish dark green leaves with radiant white banners, and caring and communicative to boot: the peace lily is bound to steal your heart.

The stylish peace lily features a full clump of soft, dark pointed leaves with elegant white bracts in between. These are often thought to be flowers, but the actual flowers are tiny and on the spike. The peace lily is easy to care for. If the soil is too dry, the stems droop pitifully, asking for water. Give it a drink and it’ll be fresh and lively again an hour later.

Peace lily (officially called Spathiphyllum) is a member of the Araceae (Arum) family and grows in the tropical rainforests of Colombia and Venezuela. The plant was introduced into Europe in 1870. Over 50 different cultivars are known, which virtually all have white bracts with the occasional slight green tinge. The name Spathiphyllum is derived from the Greek: ‘spath’ is a spoon, ‘phyl’ means leaves - a reference to the spoon-shaped leaf.

Unsurprisingly, the peace lily is known as a bringer of peace: the white flower represents the white flag which is recognised internationally as a truce signal. 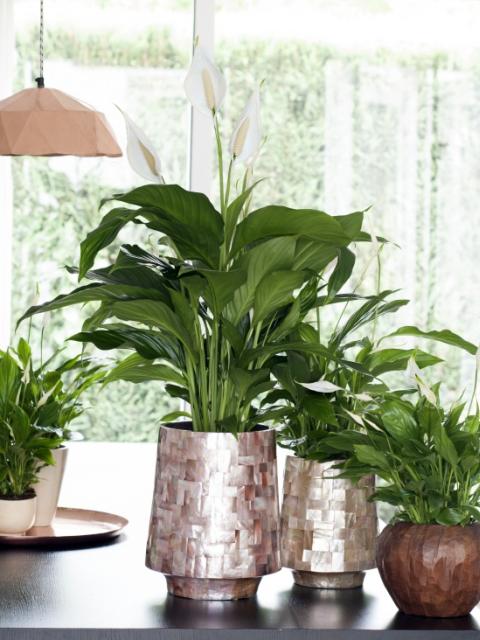 From droopy to proud in an hour 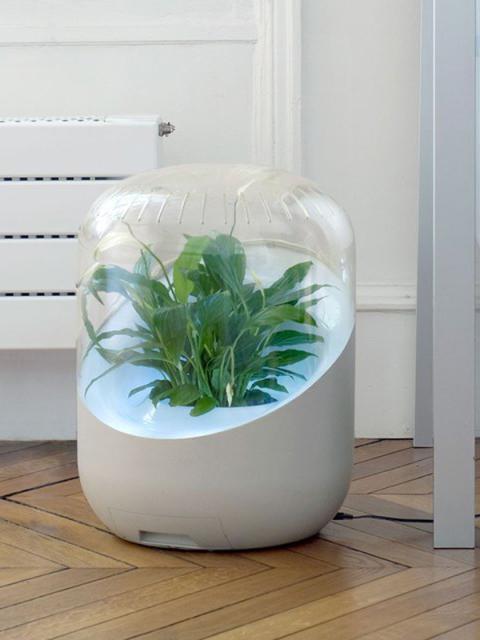 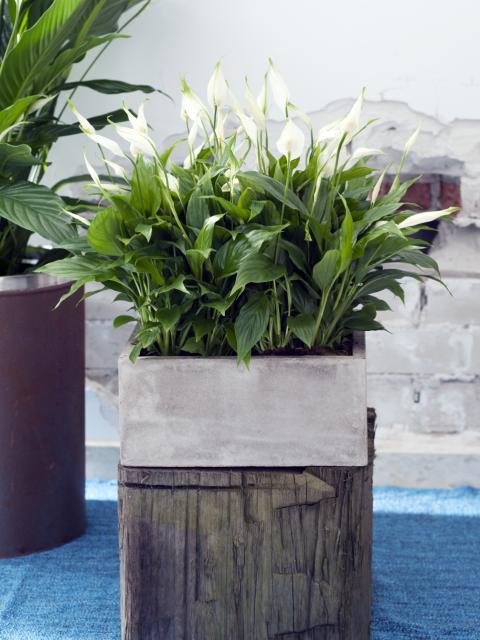 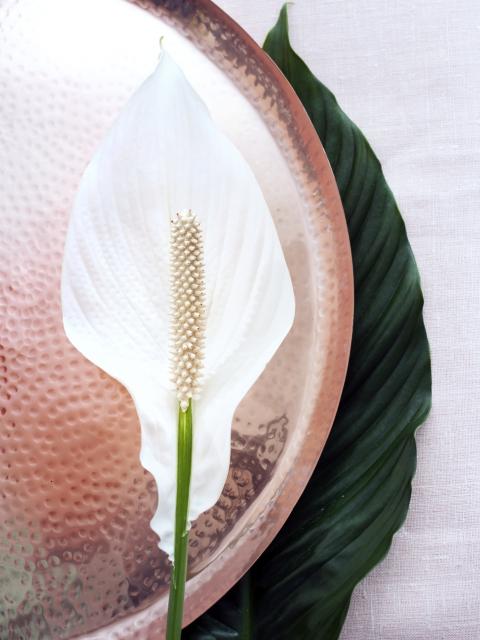 The Peace Lily is the Houseplant for June