Dieffenbachia is not just a beauty - it also has a great personality. The plant is a star when it comes to purifying the air. 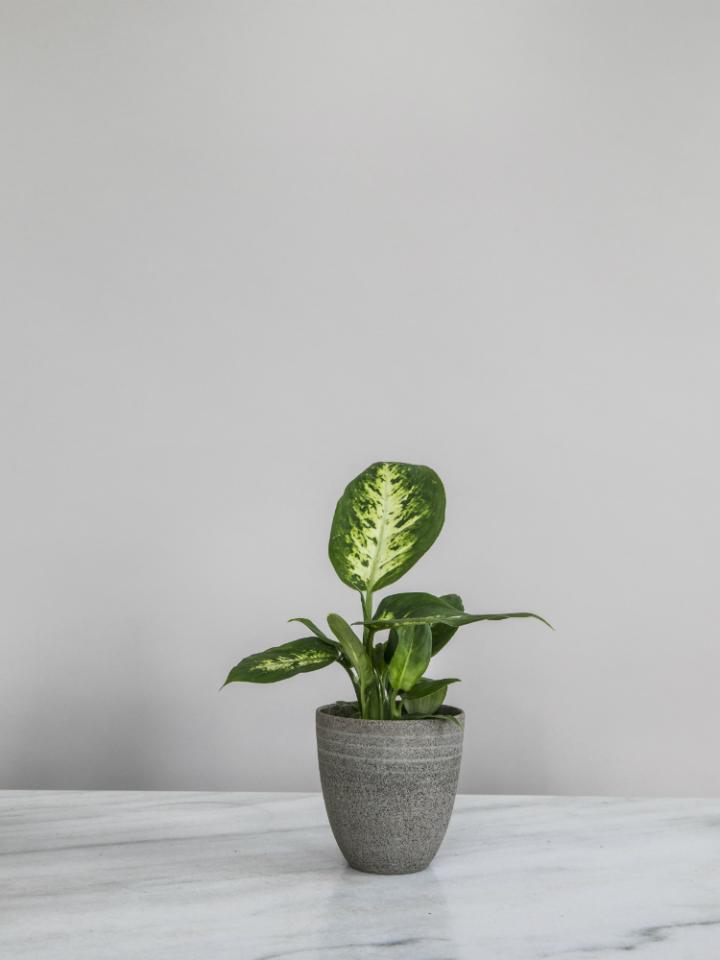 Look at those leaf markings! Large leaves in various shades of green, pale yellow and even white fan out cheerfully. They’re also working hard to purify the air around them. At the same time the plant also has an edgy side: the plant’s sap is poisonous, so make sure that children and pets cannot reach it. To be on the safe side also put on gloves when you’re repotting the plant.

Dieffenbachia has no clear symbolic meaning. But we can tell you that according to folk tradition in Brazil the plant protects against negative energy. That’s probably because of all that lovely fresh oxygen.

The plant originates from the Amazon. When it arrived in Europe it was christened Dieffenbachia. It was thereby named after Joseph Dieffenbach (1796-1863), head gardener at the Schönbrunn Palace in Vienna. This was the favourite palace of the famous Empress Sisi. Dieffenbachia is a genus from the Arum family (Araceae) and is related to the Monstera and the Philodendron 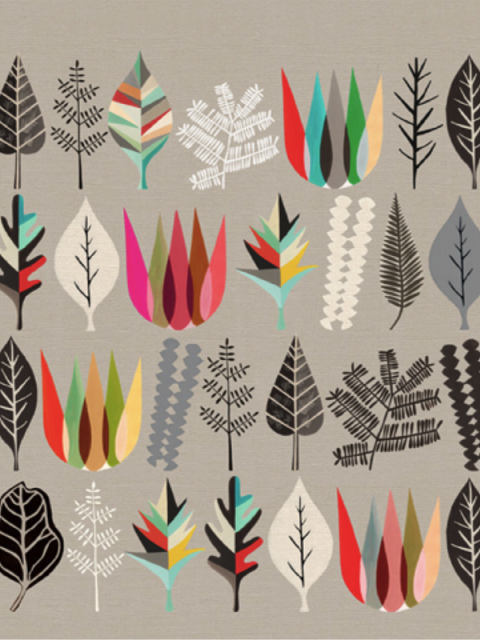 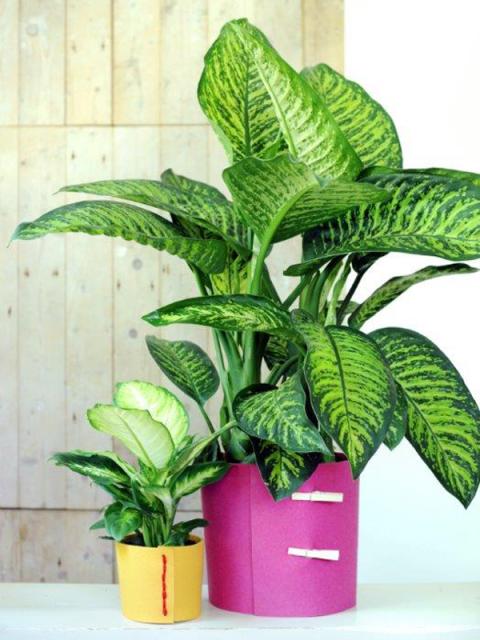 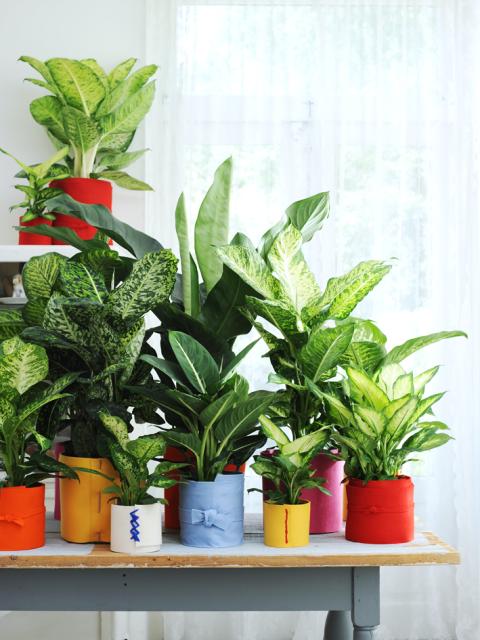 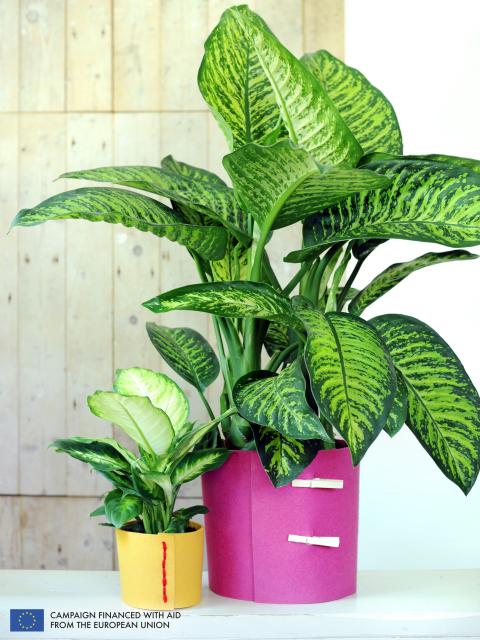