Those cheerful fanfare trumpets appeal to the imagination so much, that all sorts of things are attributed to the narcissus around the world: beauty and idleness, but also great love and altruism. We have collected the best stories for you here. 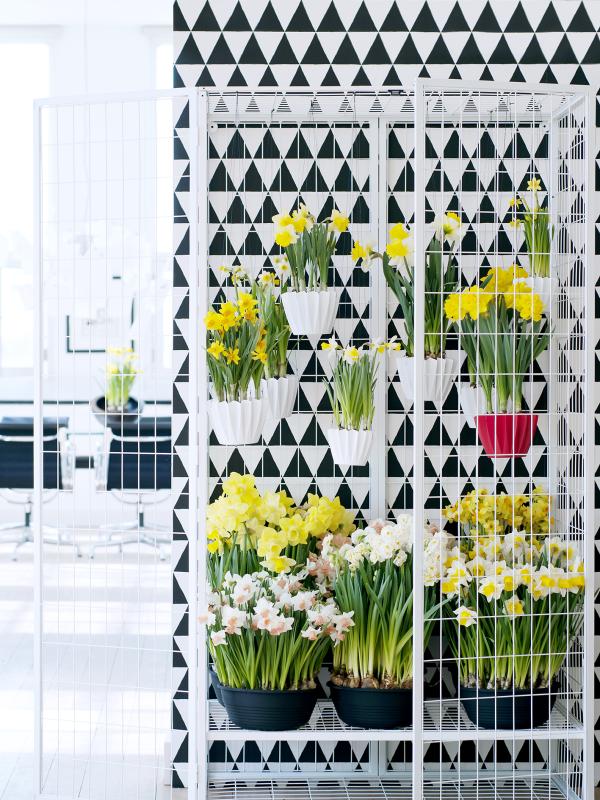 Named after a demi-god

Most people know about the link between the narcissus and narcissism. In Greek mythology, Narcissus was an idle hunter – the son of a god and a nymph – who fell in love with his own reflection in the water to such an extent that he ultimately drowned in it.

That’s why narcissi are always looking slightly downwards: that’s the pose adopted by the handsome hunter when he sat beside the water admiring himself. 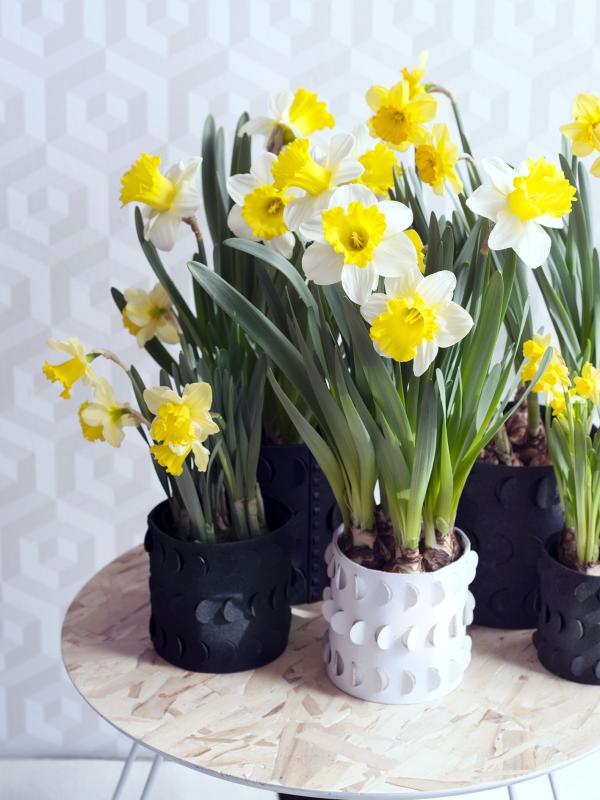 The association with idleness isn’t as strong nowadays – now we tend to see the narcissus as an infectious harbinger of spring. The flower blooms very early, and its cheerful colours offer a great counterweight to the dark days. People in the Far East have also given the narcissus its own meaning: they see the plant as a symbol of a grand love in the style of Romeo and Juliet. The Arabic name for the narcissus means servant. In that case the slightly downward-looking flower is seen as a symbol of modesty and service.

The narcissus also has a positive significance among modern spiritual thinkers, who often cite The Narcissus Principle as a source of inspiration. This refers to a garden on a hill in Running Springs, California, which looks like a pot of gold has been poured all over it. The owner, Alma Bauer, started to plant a few bulbs in 1958, and continued to do it “one by one” during the years that followed. The narcissi helped by propagating themselves and there are now more than 50,000 narcissi flowering there.

Investing in the future

The moral of the story is that by planting bulbs one by one, year after year, Alma permanently transformed the world she lived in with living beauty. The Narcissus Principle stands for investing in the future, remaining focused and making the world a little bit better and more beautiful with small, modest steps. You can do that yourself, by planting the bulbs of potted narcissi in the garden or returning them to nature when they have finished flowering in your home. Who knows what it’ll look like in 57 years’ time …

10 green objets d'art to place in your home
Home decor

Plant ideas for working from home

January starter pack: get plants into the home

With greenery around you, the winter blues don't stand a chance
Home decor People
BACK TO TOP