Once a year we go hunting for mistletoe. A sprig of this gorgeous plant is the perfect excuse for kissing your crush — no questions asked. But if you're expecting it to help you out this year, it can't help to know a bit about the plant. After all, there's no better way of getting your S.O to stand underneath by sharing a few choice mistletoe facts. 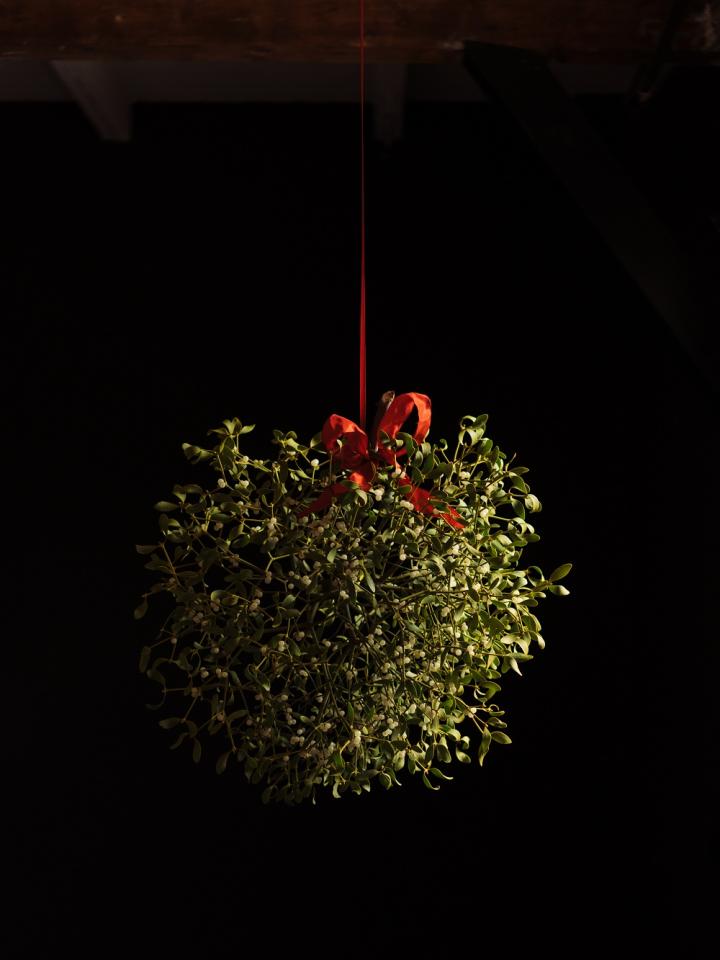 Mistletoe (Viscum album) used to have a classifaction all to itself, but it's now been merged with the Sandalwood family. The round evergreen shrub hangs from the branches of the trees where it feeds off. Established plants can reach a diameter of half a metre. Interestingly, if you see mistletoe in the branches of the trees around you, then you know there’s chalk in the soil.

Mistletoe has long been associated with witches. This is because farmers used to hang mistletoe from beams in cattle sheds in order to keep the livestock fertile and to protect it from bad spirits. It was also often said however that mistletoe was used as a magical herb by healers — often considered to be witches.

Mistletoe naturally occurs in Europe, North-west Africa and West and Central Asia, but plenty of mistletoe is cultivated successfully nowadays, just in time for Christmas.