You can enjoy Lantana’s flowers in sunset colours from April to October. It’s a self-sustaining plant: just give it enough water, and this summer beauty will keep on flowering. 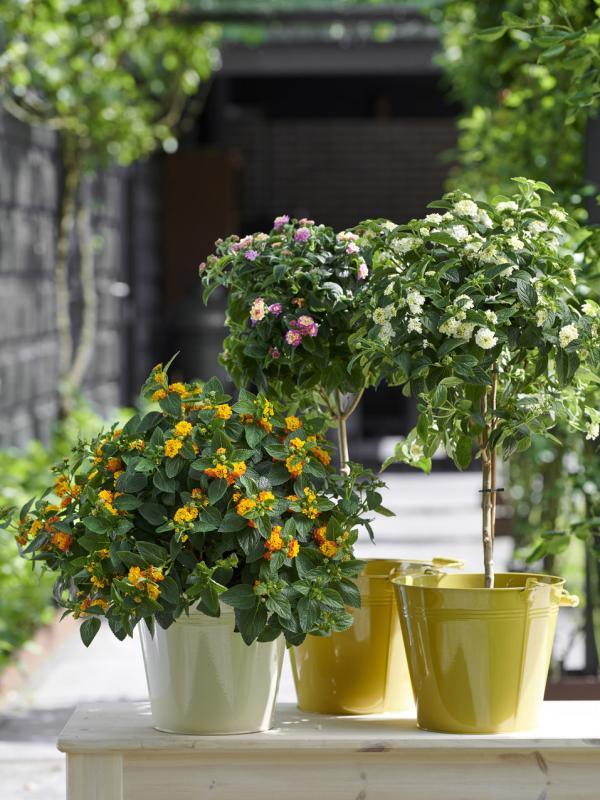 The tubular flowers of Lantana camara (commonly known as yellow sage) not only come in multiple colours, they also change colour during the flowering period. Add to that beautiful rough leaves with distinct veins and square stems, and you just know that Lantana will be a real feature on your patio. The herbaceous bush can reach a height of 2 m, and the smaller sizes make a popular container plant. You can enjoy Lantana through into the autumn as it produces endless new umbels in the colours of the sunset: red, orange, pink and yellow, although there is also a white variety. When the flowering ends the flowers turn into dark berries that also are highly decorative.

Lantana is a member of the verbena family, and is native to a region from South America to Texas. It’s a classic subtropical garden bloomer. There are some 150 known species. Dutch explorers brought the plant back to Europe, from which Lantana spread via the warmer regions across the whole of Eurasia. Because the plant can thrive so readily, it’s viewed as a (beautiful) weed in some areas. 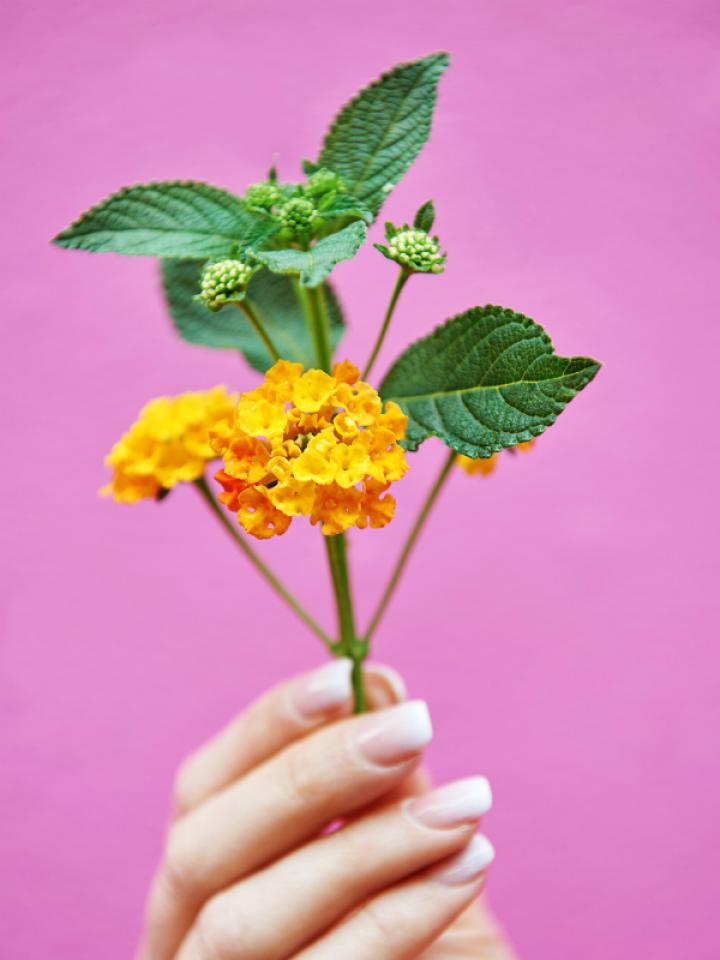