The benefits of a living wall

From workspaces and living rooms to vast office block facades, gardening is going up the wall – and there are numerous reasons to celebrate.

So, what is a living wall?

Also known as green walls, eco walls and vertical gardens – living walls are panels of plants, grown vertically using hydroponics. They can be physically joined to the wall, or freestanding structures, and can be grown indoors and outdoors.

Although the trend for living walls is growing fast (literally), the concept is nothing new. The first idea for a green wall was patented by Stanley Hart White in 1938. But it was Patrick Blanc’s celebrated green wall at the Musee du Quai Branly that brought the idea into the mainstream. 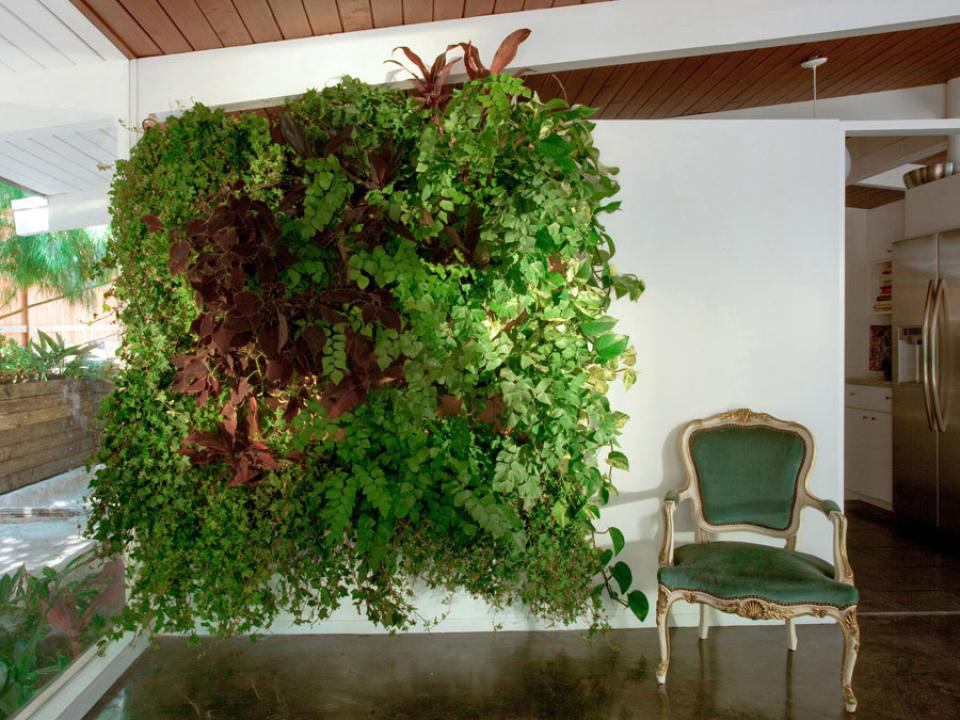 1. They reduce city pollution
Plants purify the air by filtering harmful pollutants, as well as releasing oxygen into the atmosphere. This is particularly useful in heavily polluted urban areas. A study found that green walls could have a significant impact on the gaps between large buildings (‘urban street canyons’), which are a notorious hotspot for pollutants.

3. They can boost office productivity
In a recent experiment at two large commercial offices in the UK and The Netherlands, it was found that the presence of plants significantly increased workplace satisfaction and self-reported levels of focus – as well as perceived air quality. So if that’s the effect a few pot plants can have, imagine the impact of a whole wall full of living greens.

4. They work in small spaces
Vertical gardens also open up the possibilities for budding gardeners with limited space, such as those living in a city apartment where floor space is at a premium.

5. They can reduce energy costs
Foliage around a building acts as an insulating jacket, which keeps the building warmer in winter and cooler in summer. This not only reduces carbon emissions but saves on heating and air-conditioning bills. 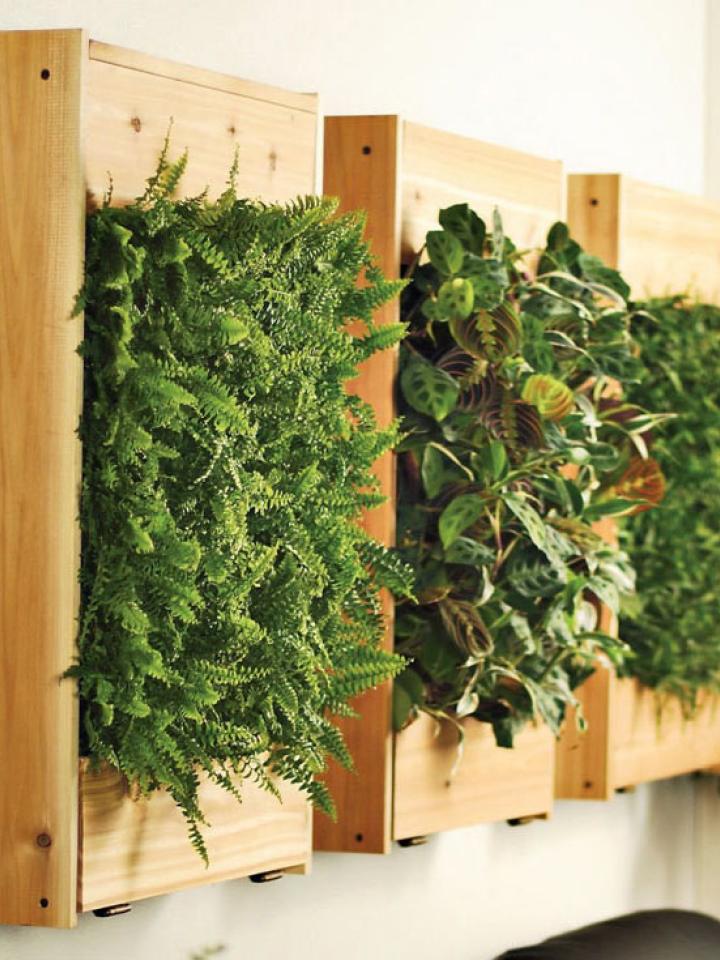 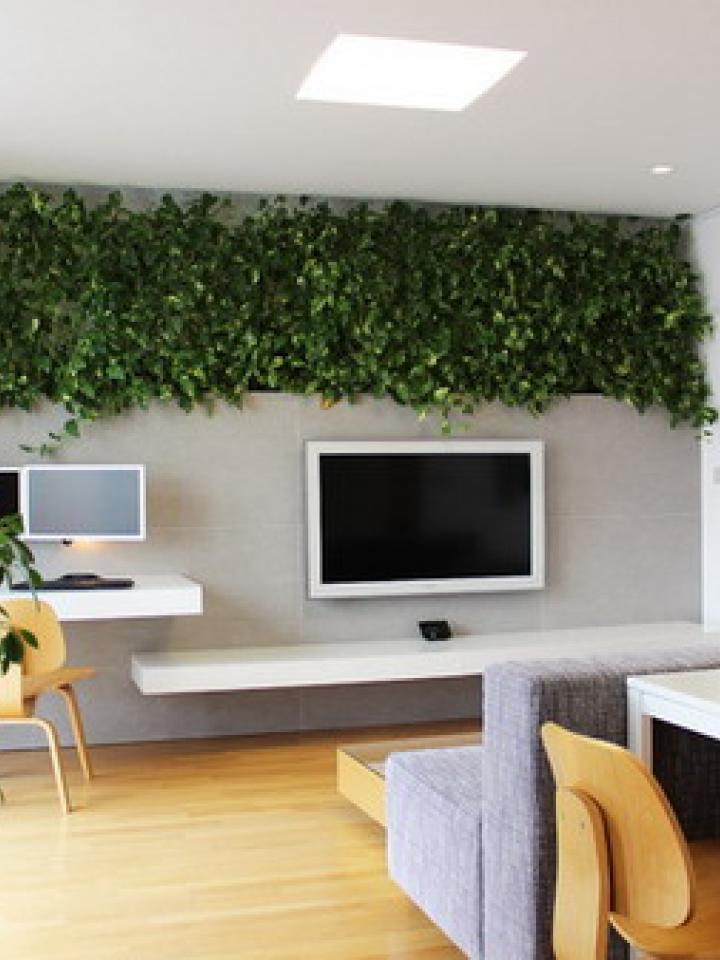 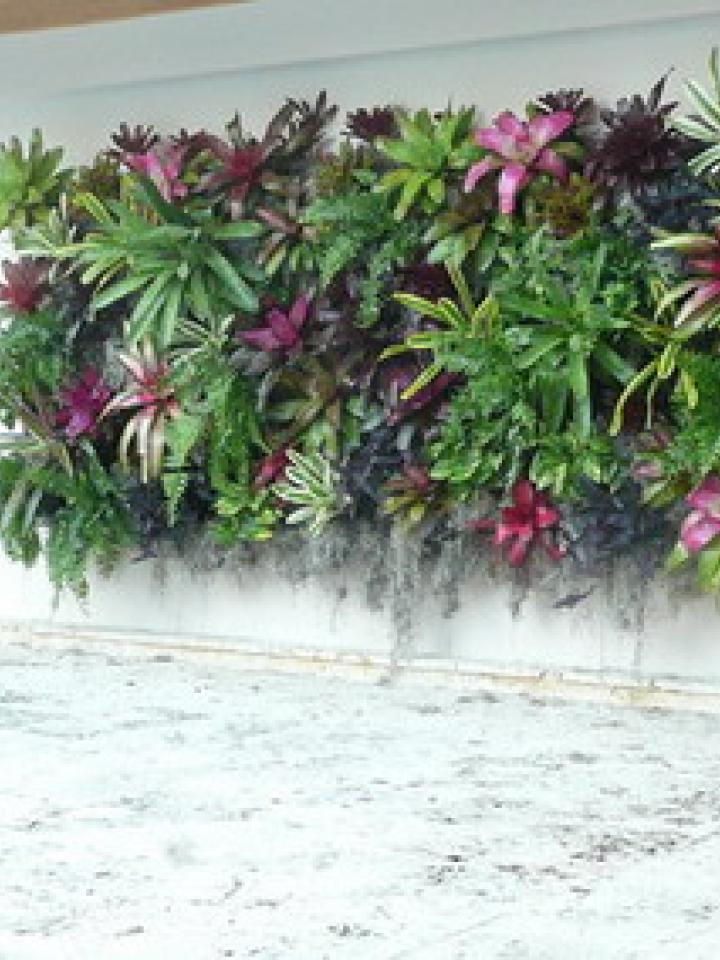